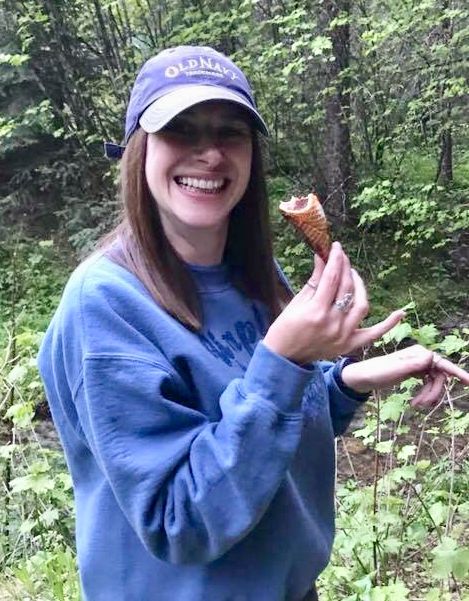 Director of Camping and Program Services
Miss Poppy has worked for Camp Fire Inland Northwest for more than 4 years as the Director of Camping and Program Services overseeing the council’s two camps, the Dart-Lo Outdoor Learning Center and Club Programs. Miss Poppy also served as the Camp Director at Camp Sweyolakan for 2 seasons where she focused on program quality, staff development, camp culture, and improved operations. Prior to her time with Camp Fire she operated international youth travel programs in Europe and delivered youth leadership conferences for teens in Washington, D.C. and at leading U.S. University campuses. She is excited to have the opportunity to work with both camps’ directors this summer and will have a strong mentoring presence at each camp.

“I love to see our staff develop each summer into the amazing people that deliver quality programming to our campers… campers who will someday become staff members. It’s a never-ending cycle of growth and it’s my Spark!” ~ Miss Poppy 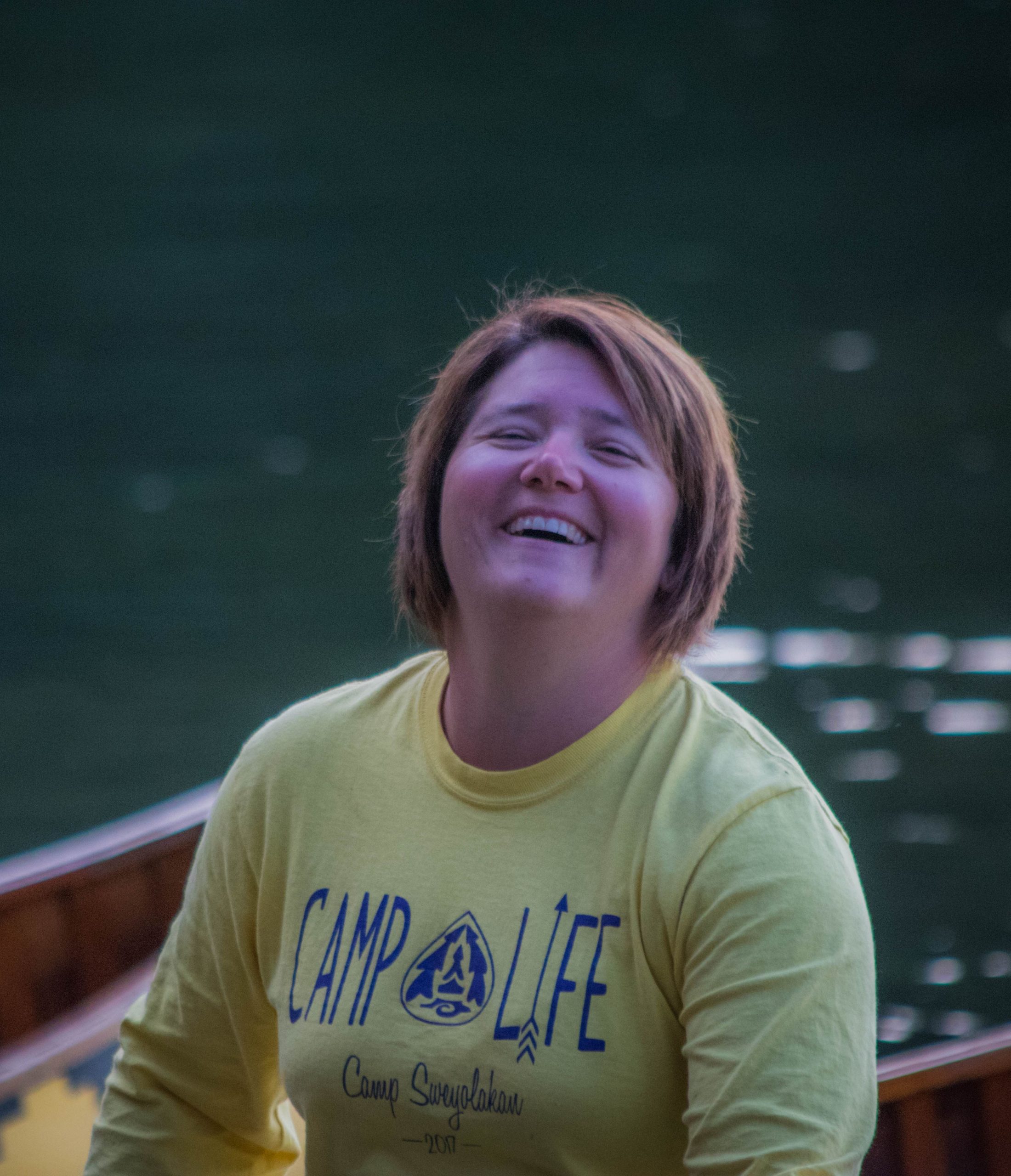 Miss Jennie returns this year as Co-Camp Director. A CIT alumna, Miss Jennie first joined camp staff in 1993 and has 20+ years of experience working at Camp Sweyolakan. While most of her time has been spent on the Waterfront in various positions, Miss Jennie’s knowledge of ACA Standards, Waterfront Management, and Sweyolakan History make her an ideal director.. In her other life, Miss Jennie teaches grades K-2 at Deer Park Elementary School; she also holds a Master’s Degree in Special Education. On top of all that, four kids of their own keep Miss Jennie and husband, Mr. Bryan, very busy. Miss Jennie’s breadth of experience, positive energy, encouraging demeanor, and deep understanding of youth development creates a camp culture of fun, learning, and acceptance for all campers and staff. 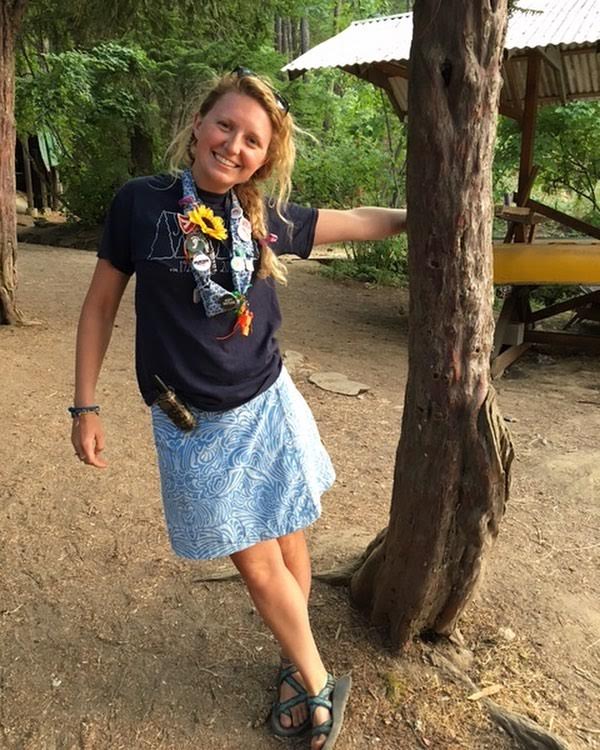 This will be Miss La-De’s sixth year at Camp Sweyolakan and her third year on staff. Miss La-De first returned to Camp Sweyolakan as a skilled Ropes Course Director; she soon took on additional responsibilities as a Unit Director. As the Assistant Camp Director-Operations in 2019, she supported the Dining Hall, the Health Cottage and the Camp Store as well as our transportation operations.

She loves spending her time at Camp high up on Ropes Ridge, and swimming down on the Waterfront. When camp is not in session she is coaching middle school track & cross country or in the mountains skiing and teaching kiddos her SPARK...skiing! She has a degree in Outdoor Recreation Leadership with a minor in Challenge Course Facilitation from Eastern Washington University. This summer she is excited for her new role as Camp Director, as well as being able to share her love and passion of being outdoors with our campers.

P.S. If you ever need to tie a knot she is the gal to go to.

Miss SiFeNa is so excited to be returning for her second year as Assistant Camp Director this summer. She is thrilled to be returning to her summer home for her 14th summer and her fifth year on staff. Miss SiFeNa’s first time at Camp Sweyolakan was when she was only three weeks old and she has been spending her summers at camp ever since she could. She has been a camper, volunteer, CIT graduate, counselor and Assistant Camp Director. Miss SiFeNa has worked with every age group and is very excited to continue to foster a positive environment for campers through the camp staff members of 2020. She is looking forward to working with such a strong leadership team and another summer full of possibilities.

“I honestly don’t know who I would be without the influence of Camp Sweyolakan! I am so thankful and so excited to again be a part of the leadership team. I love being able to help create a positive atmosphere for our campers. Camp Sweyolakan allows campers to grow and discover things about themselves and the natural world around them. Camp has allowed me to grow and become who I am today, and I’m so excited to create an environment of growth for our youth!” 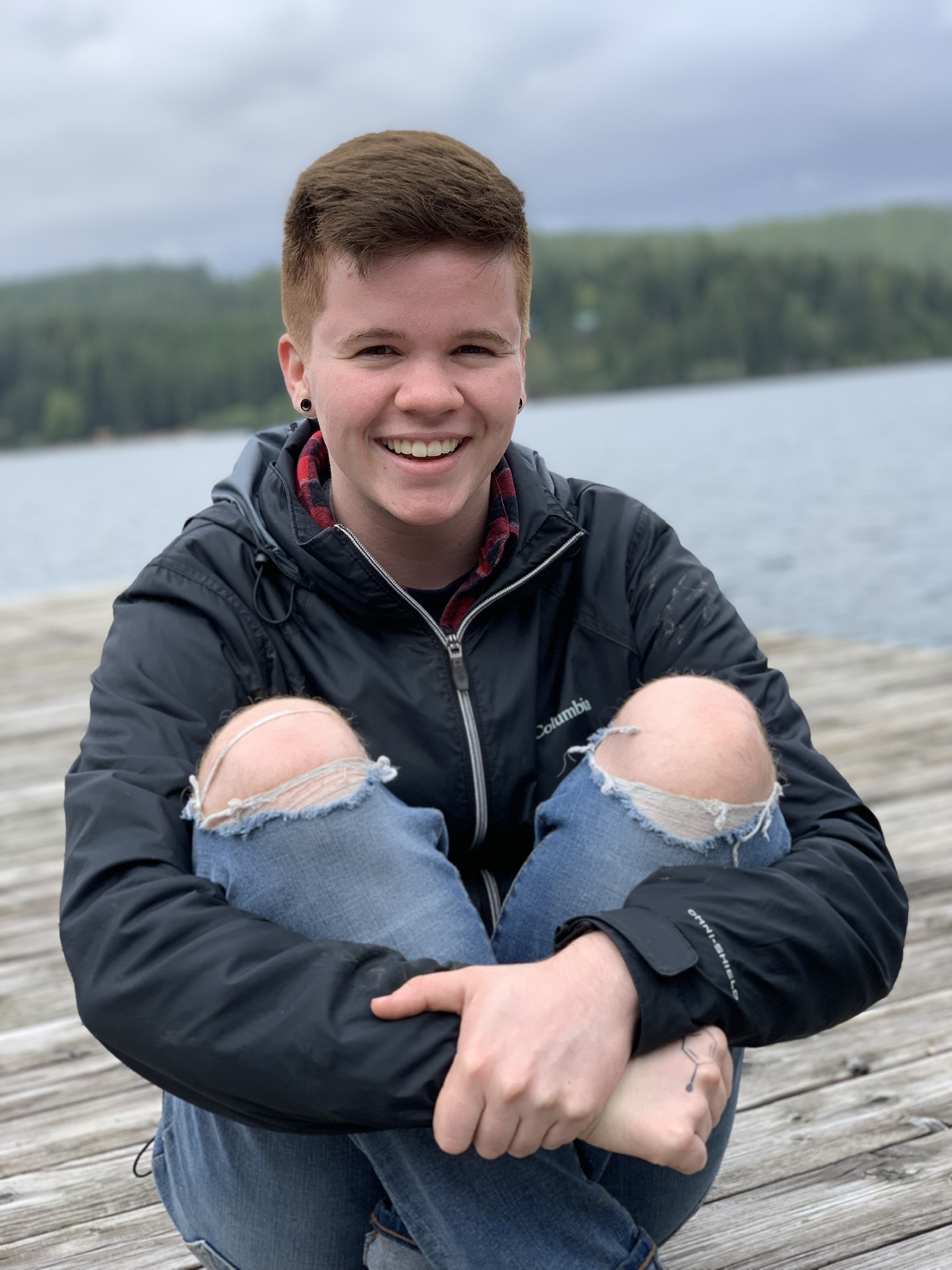 Mr. Simon is looking forward to this summer for his fourteenth year at Camp Sweyolakan and his fifth year on staff. Mr. Simon's first year on staff began as a counselor working with our youngest campers, through his staff journey at camp he made his grew and served as the Unit Director of our oldest camper unit last year. This year he returns as the Waterfront Director, overseeing of all the safety and fun under the sun at the beach!

Mr. Simon enjoys diving for spoons at the bottom of the lake, wearing his blues and whites, singing in the Dining Hall, and seeing the return of his campers from previous years all while excitedly awaiting the arrival of first-time campers. During this summer, you can look forward to Mr. Simon joking with the kids, making memories with everyone, while making safety his first priority for all your little guppies.

During his time away from camp while he is not working, Mr. Simon enjoys spending time with friends, family, and his two cats, Fletcher and Tucker. 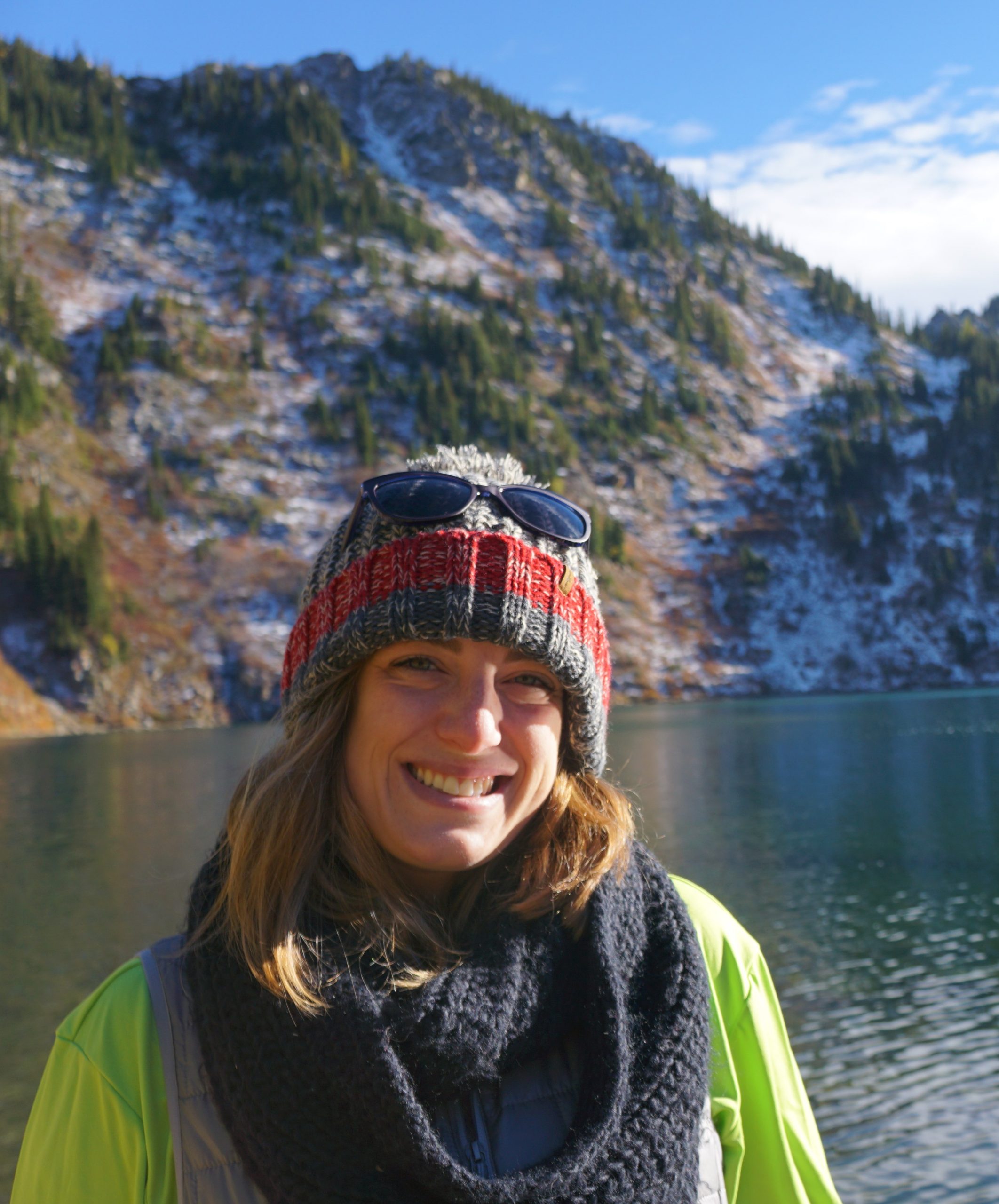 Miss Mayfly has been with Camp Fire Inland Northwest since October 2018. She designs and facilitates outdoor education programs for Camp Fire in the off-season, bringing youth from the local community centers to the Dart-Lo Outdoor Learning Center year-round. Miss Mayfly comes to us from Pittsburgh, Pennsylvania with a background in managing YMCA day camps and resident camps, and facilitating programming for various outdoor education and science nonprofits. She is so excited to meet everyone who is a part of Dart-Lo and to hear their camp stories!

"I've been involved with camp in some way or another for the last twenty summers. I wouldn't know what to do with my summer if I didn't have camp. It's such a truly magical place where kids and even staff grow in character, confidence and spirit." ~ Miss Mayfly 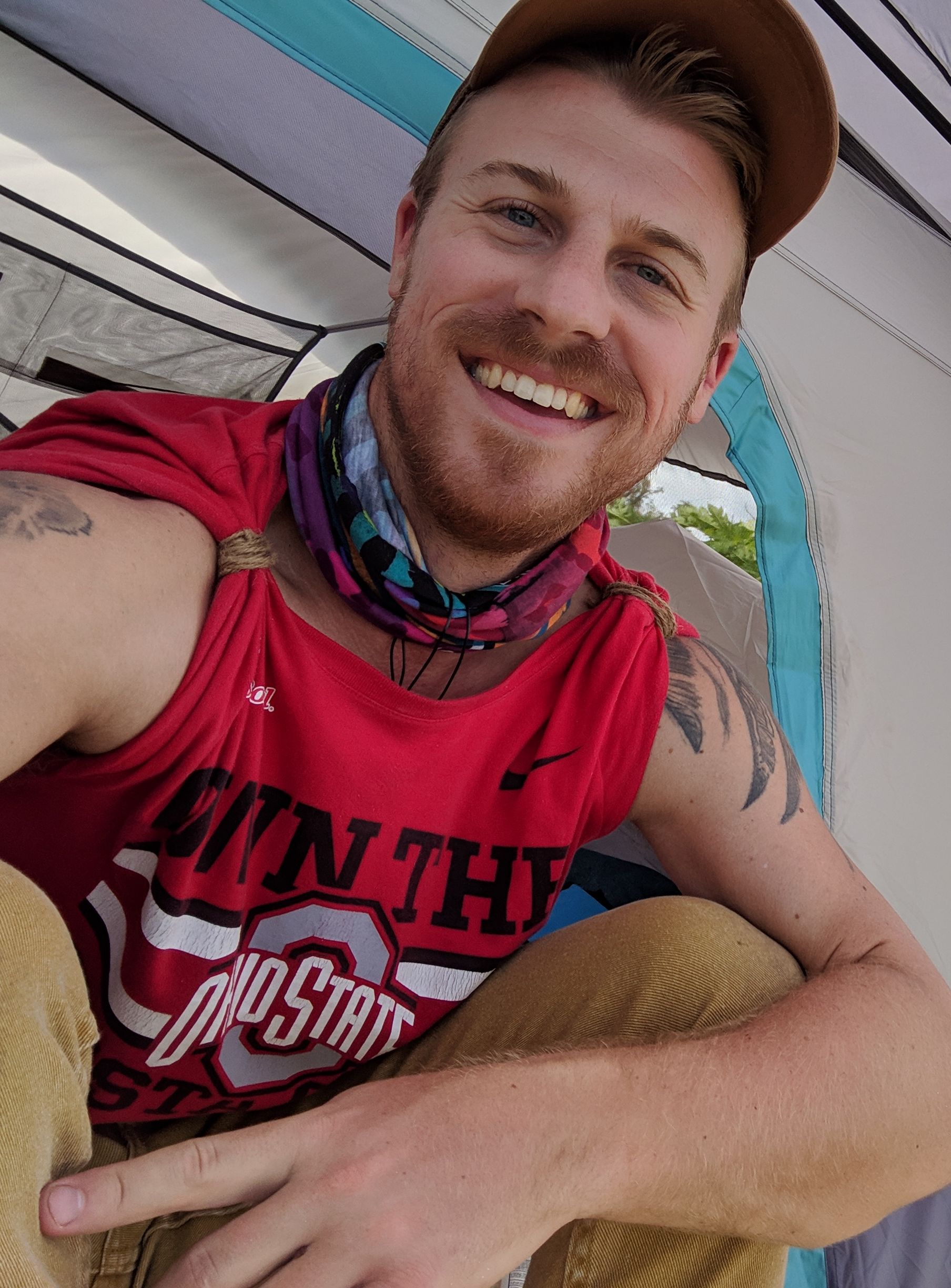 Mr. Simba has been working on and off at retreat center facilities and outdoor education camping systems since he was a young cub in the Midwest! His father was a full-time staff member for ACA accredited camps and outdoor retreat centers in Western Ohio, so camping runs in his blood! Mr. Simba is a recent transplant to the PNW and most recently worked for kids with autism in Northern Michigan as a behavior technician and youth advocate. He has a passion for positive, life-changing camp experiences accessible to kids of all ages, from every demographic, enabling them to reach their fullest potential and empowering their unique passions and interests! He is currently working on his M.S. in Clinical Mental Health Counseling and moved to Washington in pursuit of his licensing credentials and is excited to be a part of the Camp Fire team!

Each year camps build a team of more than 75 counselors, activity specialists, operations specialists, and supervisors to create the best possible summer for our campers.